Solidarity with the Ukrainian people

The BnF stands with Ukraine and is helping Ukrainian cultural institutions and their staff through cooperation and heritage preservation initiatives.
Discover here the dedicated cultural programme, as well as the selection of resources available, online and in the reading rooms, related to Ukraine and the current conflict, and more broadly on the theme of war with a selection of works for young people. 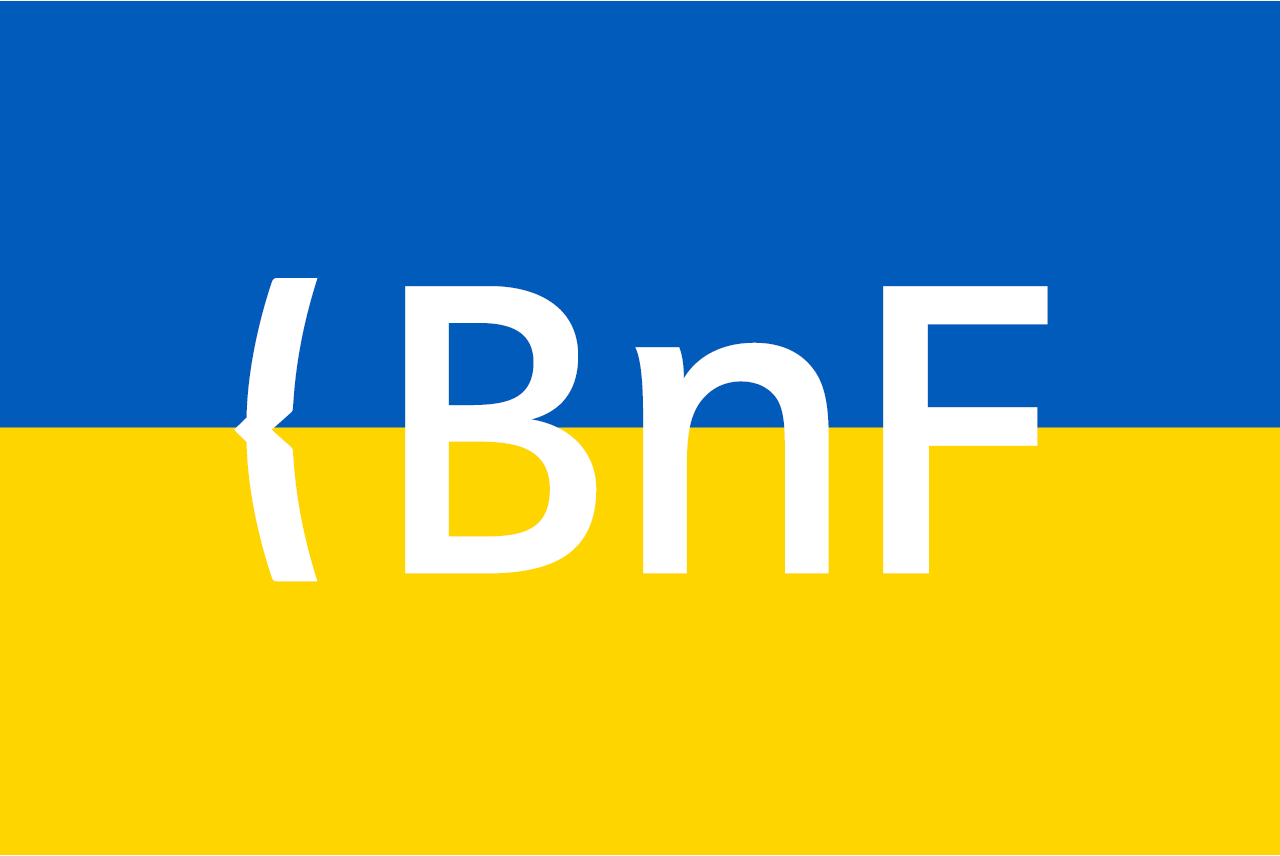 On the BnF’s Facebook page, Isabelle le Masne de Chermont, director of the Department of Manuscripts, talks about Princess Anne of Kiev, who became Queen of France through her marriage to King Henry I, grandson of Hugues Capet.

See the conference (in French)

Special Round Table – Analysis and consequences of the war in Ukraine

On 24 February 2022, Russia launched an invasion of Ukraine, expecting a quick victory. Two months after the beginning of a prolonged conflict that has invalidated many of the assumptions that underpinned the Kremlin’s dramatic decision, researchers at the Foundation for Strategic Research offer insights into this war and its regional and international strategic implications.

Support for the programme of the Ukrainian Cultural Forum in Rouen

Like many cultural institutions, the BnF is joining the initiative of the Réunion des Musées métropolitains Rouen Normandie (Meeting of the Metropolitan Museums of Rouen Normandy – RMM) and the Institut national d’histoire de l’art (National Institute of Art History – INHA), to open a cultural forum to bring to life the threatened Ukrainian culture and heritage.

Conference “Ukraine in the collections of the Bibliothèque nationale de France”

To conclude the season, the Ukrainian Cultural Forum is inviting Isabelle le Masne de Chermont, director of the Manuscript Department, and Mathias Auclair, director of the Music Department, to speak about “Ukraine in the collections of the Bibliothèque nationale de France” through two major figures from different periods: Anne of Kiev and Fedir Yakymenko. Anne, daughter of the prince of Kiev, Yaroslav the Wise, became queen of France through her marriage, in 1051, to Henry I. The BnF holds the only known official document bearing her signature, which attests to the part she played in the exercise of royal power. Fedir Yakymenko, born in Kharkov in 1876, is one of the most important Ukrainian composers. A teacher of Igor Stravinsky in St. Petersburg, Yakymenko fled the Soviet regime, settling first in Prague, where he was active in the central Ukrainian emigration organisation, then in Nice and finally in Paris. A large part of his autograph manuscripts joined the collections of the BnF following his death in 1945.

To see all the conferences of the season 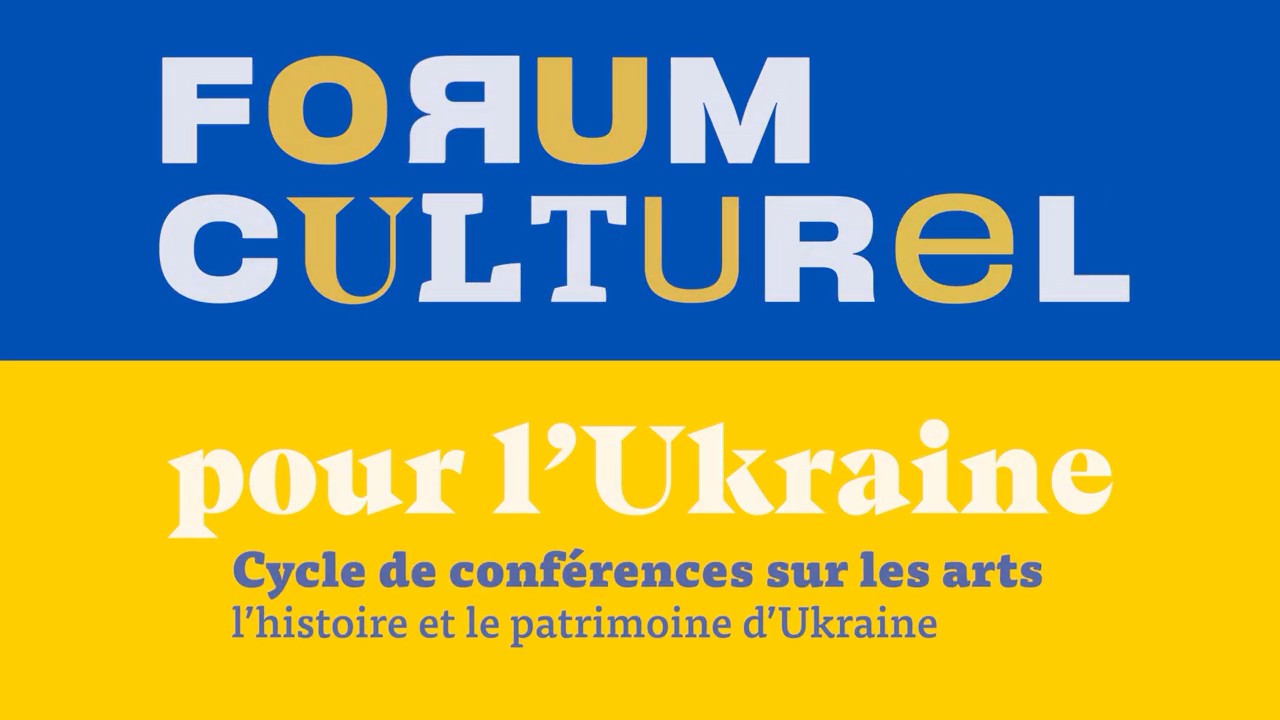 In the public reading rooms of the public library you will find selections of books prepared by our librarians. They are easily identifiable on the display racks marked with a poster in the colours of the Ukrainian flag.

In room G, the Department of Literature and Arts also offers a selection of books and online services for learning French for Ukrainian and Russian speakers.

French as a Foreign Language and Ukrainian-French learning methods

In order to provide assistance to Ukraine, Skilleos, an online course company and supplier of the BnF for French as a Foreign Language (FLE), is offering access to two learning methods, free of charge and open to all. You can learn the Ukrainian language if you are a French speaker or learn French if you are Ukrainian. To do so, you just need to create an account and follow the different lessons offered through 13 chapters that will allow you to communicate more easily in everyday life.

The BnF subscribes to electronic resources that are available free of charge to its users in its reading rooms. Some of these resources can also be accessed remotely by holders of a Research or Reading/Culture Pass.

In the online exhibitions

The Crimean War (1853-1856) gave rise to the first photographic war reportage and the first international coverage of an event.

Portrait of Mazepa in the Essentials of Literature

The story of Ivan Mazepa, a Ukrainian nobleman who became a page in the court of a Polish king in the 17th century, became a legend relayed by Voltaire and revisited by the Romantics, including Lord Byron (1819) and Victor Hugo.

How to talk to children about war?

With war once again knocking on Europe’s door, the French National Centre for Children’s and Young People’s Literature has compiled a list of books to help parents and children talk about present and past conflicts.

War and its aftermath in children’s books

This selection enables a first comprehensive approach to the issue. Evoking conflicts of the 20th and 21st centuries, albums, novels, documentaries, comics and poetry deal with the issue of refugees, the daily life of children, but also the hope, life, solidarity and transmission that ultimately lead to peace.

Books to overcome fear, to protect oneself from the fury of the world, and to maintain hope for a better future.

This issue of “La Revue des livres pour enfants” (The Children’s Book Review) (no. 276 – April 2014) looks at the forms that representations of war – imaginary or on real historic conflicts – can take in fiction, albums, comics and novels. Can we really relate and depict everything, whatever the age of the readers we are addressing, even if the editorial forms have been well adapted?

In other libraries
Find additional resources selected by our colleagues from the Bibliothèque universitaire des langues et civilisations (Bulac), the Sciences Po library, the libraries of the City of Paris and the Bibliothèque publique d’information.

Providing assistance to Ukrainian libraries and their staff is by definition a collaborative undertaking, which is why the BnF is working alongside national and European partners. While this cooperation is primarily heritage-based, it also includes a solidarity component for our Ukrainian counterparts.

The BnF has proposed to support Ukrainian conservation institutions in the fields of preservation and physical conservation of their heritage, and also to offer a digital shelter for their dematerialised collections.

The BnF is participating in the International Council of Museums (ICOM) initiative for the safeguarding of Ukrainian heritage by sending pallets of conservation supplies, conservation boxes and packaging material.

Following the example of the mobilisation of staff which made the May 1968 leaflets collection possible, the Collections team is collecting all ephemeral printed documents such as brochures, leaflets, posters, flyers, etc. relating to the war in Ukraine.

Communiques from voluntary organisations, documents to assist welcoming, flyers from support events, activist leaflets, ministerial recommendations, etc. – any type of document can be included in the collection, regardless of who produced it (public authorities, voluntary or activist organisations, individuals, etc.). This collection will allow the BnF to preserve important and fragile testimonies of the conflict, a material for today’s and tomorrow’s researchers.

Within the framework of the legal deposit of the web, the BnF is engaged in collecting possibly transient content (websites, blogs, press articles, relays on social networks) both in France and abroad.

In France, various crawling campaigns have been set up and are currently carried out. Among these, one may mention:

At the international level, the BnF works alongside its peers and private actors as a founding member of the International Internet Preservation Consortium (IIPC). This consortium aims to promote web archiving through several working groups and through the organization of events. Within this consortium, the BnF is co-piloting with the National Library of the Netherlands a collaborative archive provisionally entitled “War in Ukraine”. Intended to bring together all selections of the various member institutions and organizations, it focuses primarily on national selections, including content that may have been collected as part of the French collection.

Statement from Laurence Engel, president of the national library of France, in solidarity with the Ukrainian people
( EN - pdf - 70.23 Ko )